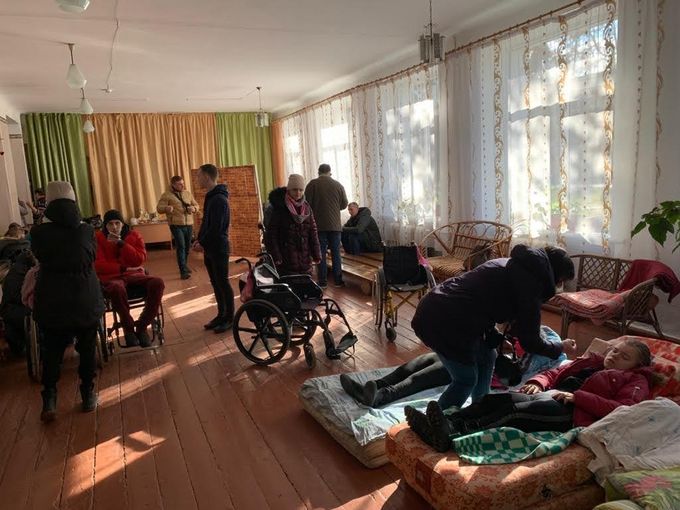 (EEA) On Thursday, 24 February 2022, we were all shocked that war had broken out in Europe. I met our partners and friends Sergej and Natascha Bolchuk from Ukraine for the first time in Kiev in 2010 when they attended our meeting of the European Disability Network. We had a lot in common.

On Friday, 25 February 2022, Pete Malkin from England, who is normally very involved in helping people with disabilities in Romania, wrote to me saying that he would like to evacuate a few people with disabilities from Ukraine with his van. This gave me the impulse to search for more transporters and drivers among my contacts. So, on the third day after the war began, five transporters set off for the Ukrainian border. Official letters with lists of names of the Ukrainians were prepared by the European Evangelical Alliance and the Evangelical Alliance Germany to facilitate the departure at the borders.

While everyone was on the road, I coordinated from home with Thomas Schmutzler, a retired deacon, where the evacuees could be accommodated in Germany. Then we learned that the border with Hungary had been closed to Ukrainians.  Now we had to quickly change plans and send the drivers via Poland. The trickiest part of the journey was entering Ukraine with the help of a police convoy organised by our Ukrainian friends. Those waiting were to be picked up behind the border.

Leaving Ukraine was also particularly difficult. Long negotiations back and forth for hours, until finally the news came that they were all allowed to leave. Thank God!

Now they had to cross Poland to enter Southern Germany. With severely handicapped people the journey takes quite a while; you need many breaks and two overnight stays. The drivers were able to take turns, but they were also exhausted after the great tension.

Pete wrote to me: “After an exhausting day for everyone, it was a blessing to see many leaving our hotel at 10pm in wheelchairs etc, to see the lights of the city of Lublin in Poland. I almost felt guilty, driving our vehicles in front of large queues waiting patiently in the cold. Each person has a story to tell.”

Ukraine has over 44 million inhabitants, 35 rescued people are nothing compared to that, but for these 35 people it makes a huge difference to be out of the war zone, so we don’t want to be misled and plan further trips to get people out.